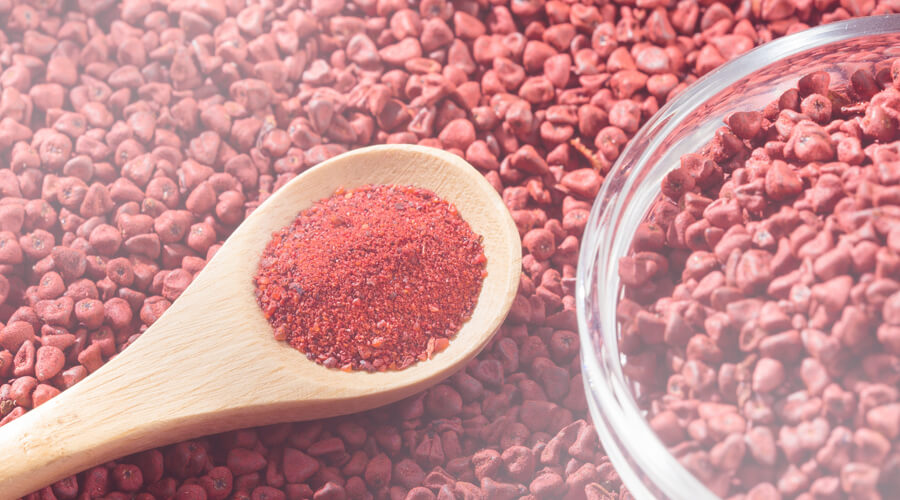 Chronic diseases are the leading cause of morbidity and mortality worldwide, accounting for approximately 60% of all deaths.¹ Optimum nutrition is fundamental for the management and prevention of chronic disease. Vitamin E has been prescribed for various health conditions, but mainly in the form of tocopherols. This article aims to shed light on the health benefits of tocotrienols, particularly those of antioxidant, anti-inflammatory and cholesterol-lowering properties.

Vitamin E was discovered in green leafy vegetables in 1922.³ Vitamin E was named tocopherol in 1924 and synthesised in 1938.5 Vitamin E tocopherol was named the fertility vitamin. The name comes from the Greek word tokos, meaning childbirth, and phero, meaning to bring forth, and the ol ending was added to indicate the alcohol properties of this molecule.4 Vitamin E is a fat-soluble vitamin.4 Vitamin E has eight different isoforms that belong to two categories, tocopherols and tocotrienols. There are four saturated analogues of vitamin E (the tocopherols alpha (α), beta (β), gamma (γ) and delta (δ)) and four unsaturated analogues (alpha (α), beta (β), gamma (γ) and delta (δ)) which are the tocotrienols.4-9

Tocotrienols are more readily transferred and incorporated into cell membranes than tocopherols.5, 9 The unsaturated side chain of tocotrienols allows for more efficient penetration into tissues that have saturated fatty layers, such as the brain and liver,5 and distribute more evenly in lipid membranes.9

Tocotrienols have a higher peroxy radical-scavenging activity than tocopherols in liposomal membranes.5 Cellular uptake of tocotrienols is up to 70 times higher than that of tocopherols.5 The administration of 750 mg and 1000 mg of a tocotrienol mixture from Annatto (Bixa orellana) resulted in maximum plasma concentration levels at 3-4 hours for all isomers, whereas α-tocopherol peaked at 6 hours.10

Vitamin E deficiency has been associated with ataxia, Duchenne muscular dystrophy-like muscle degeneration, infertility,5 anaemia, impairment of immune response, retinopathy, and neuromuscular and neurological problems.11 Research indicates that tocotrienols exhibit antioxidant,5, 7, 12-15 anti-inflammatory,5, 7, 12, 13, 15 cholesterol-lowering,7, 13, 16 hypoglycaemic,12 hepatoprotective,12 nephroprotective,12 neuroprotective,4, 6, 8, 15, 17, 18 antiangiogenic,5 and immunomodulatory12 properties. Additionally, tocotrienols have potential in managing Alzheimer’s disease due to their antioxidant and anti-inflammatory effects.19, 20 The focus of this article is on the antioxidant, anti-inflammatory and cholesterol-lowering properties of tocotrienols.

A randomised, double-blinded placebo-controlled study was undertaken to evaluate the effect of tocotrienols on DNA damage. Sixty-four subjects, aged 37-78 years, completed the study. A daily dose of 160 mg of tocotrienols was given for 6 months. A significant reduction in

Inflammation means “set on fire”.1 Inflammation is the immune system’s response to harmful stimuli, such as pathogens, damaged cells, toxic compounds, or irradiation. It acts by removing injurious stimuli and initiating the healing process.22 Inflammation and dysregulation of inflammatory pathways lead to the development of chronic diseases.1 It should be noted that inflammation is a defence mechanism that is vital to health.22 Acute inflammation is a part of innate immunity initiated by the immune cells that last only for a short period of time.1

Research suggests that tocotrienols exhibit potent anti-inflammatory activity.5, 15, 28 Tocotrienols have been shown to suppress the expression of tumour necrosis factor-alpha (TNF-α), interleukins (such as IL-1, IL-6, IL-8), inducible nitric oxide synthase, and cyclo-oxygenase 2 (COX-2),5 all of which mediate inflammation.5

Optimum nutrition plays a fundamental role in the prevention and management of chronic diseases. Tocotrienols have antioxidant, anti-inflammatory, cholesterol-lowering, hepatoprotective and neuroprotective properties and have the potential to play a major role in clinical practice, especially in the management of chronic disease. Should tocotrienols be a foundation of patient management? That is a question that needs further exploring.