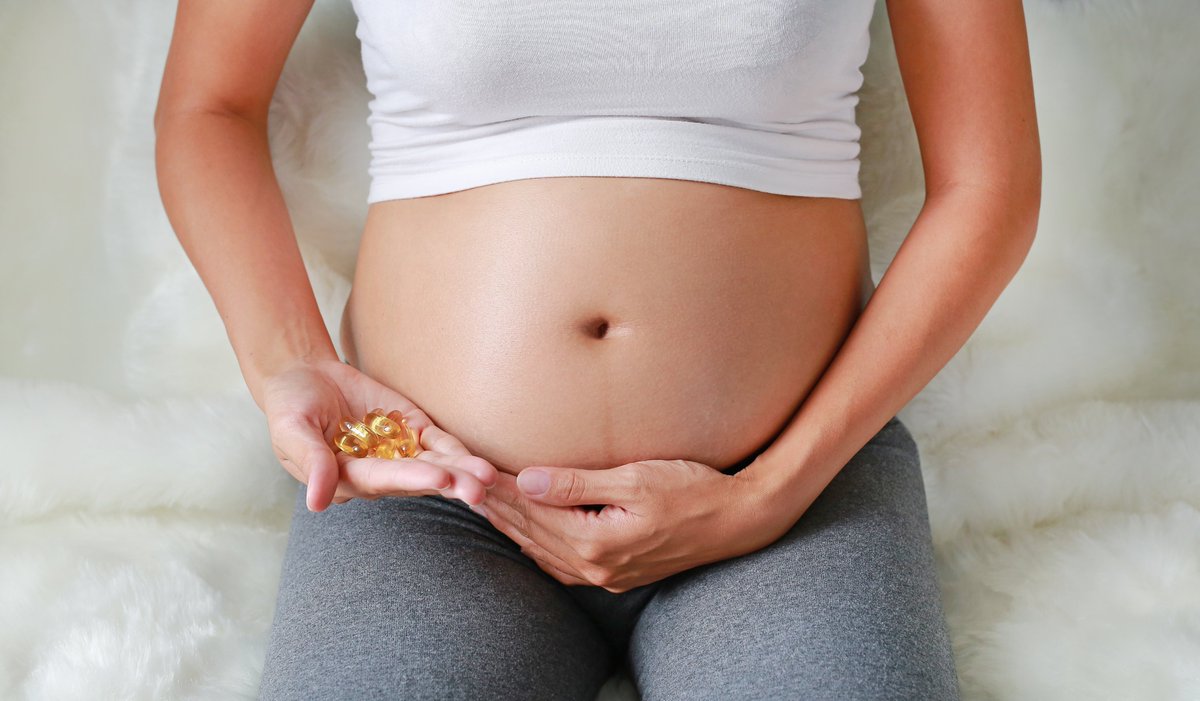 Atopic diseases such as food allergies and eczema are a growing problem in children. They are caused by immune system dysfunction and the body reacting to specific foods. Researchers are now looking at the potential effects of probiotics and fish oil supplementations during pregnancy to the infant’s risk of having atopic diseases.

According to a meta-analysis published by PLOS Medicine, researchers demonstrated how diet during pregnancy and infancy contributes to atopic disease in infants. This was one of the largest ever research reviews assessing over 400 studies and involving 1.5 million people.

The research team analyzed approximately 19 studies of fish oil supplementation during pregnancy, including over 15,000 participants. They found that when pregnant women consumed a fish oil supplement from 20 weeks pregnant through 4 months of breastfeeding, the risk of egg allergy was reduced by 30% and peanut allergy by 38%.

In addition, the team analysed 28 trials of probiotic supplements during pregnancy, involving over 6,000 women. They demonstrated that a daily probiotic supplement consumed from 36-38 weeks pregnant through 6 months of breastfeeding decreased the risk of childhood eczema by 22%.

Other dietary factors such as fruit, vegetable and vitamin intake were also investigated; however, there was no clear evidence that these affected allergy or eczema risk.

We know that lifestyle, environment, and nutrients play a critical role during pregnancy and in infants. A study in Nature Medicine demonstrated the link between the gut microbiome of 1-month-old infants and an increased risk of allergies later in life. This identified the impact on imbalances in the gut microbiome which we know can contribute to dermatological symptoms.

Stress during pregnancy can also play a role. A study in March 2015 published in Psychoneuroendocrinology demonstrated that women who experience stress during pregnancy are more likely to have babies with a dysbiosis with a higher incidence of gastrointestinal issues and allergic reactions. Pregnant women or women preparing for pregnancy know the importance of good prenatal vitamin and dietary folate but many may not think of a probiotic as an essential supplement during pregnancy as well as fish oil or some of the other important vitamins and minerals in a good quality prenatal multivitamin. Pregnant women experiencing stress have a limited number of options regarding what nutritional supplements they can take. There are great adaptogenic botanical herbs to support stress and adrenal health. However, many botanicals are contraindicated during pregnancy or there is simply not enough research on their safety during pregnancy, so these are typically avoided. Probiotics may be able to counteract the dysbiosis caused by stress and are safe to use during pregnancy.