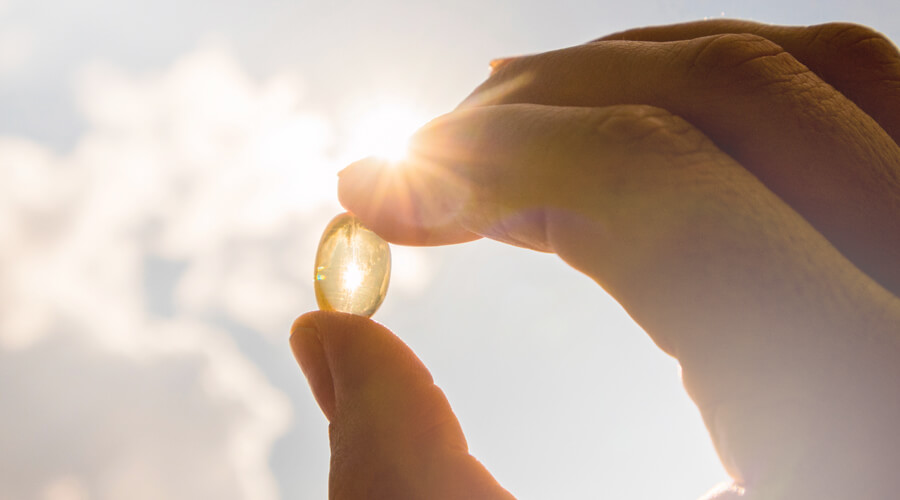 By now, most health care practitioners and even the general public know that vitamin D plays a vital role in our health. Because of this, vitamin D supplementation may be needed for a vast majority of the population, especially those above or below certain global latitudes. Vitamin D is essential for bone and muscle health, immune function, genetic cell proliferation and differentiation, and counters inflammation.

Results from the Irish Longitudinal Study on Ageing (TILDA) that were released this week may shed light on the role vitamin D deficiency may play in acute respiratory infections. Findings from the study present “that vitamin D plays a critical role in preventing respiratory infections, reducing antibiotic use, and boosting the immune system response to infections.” Because of these findings, researchers highlight the importance of increasing vitamin D intake through supplementation, sunlight exposure, and vitamin D-rich foods like eggs, fatty fish, and liver.

Those over 50 years should supplement D3 throughout the year

TILDA researchers recommend Irish adults over age 50 should supplement vitamin D3 throughout the year (1 in 8 adults over age 50 was found to be vitamin D deficient year-round). This recommendation may be appropriate for populations in northern parts of the U.S. who do not get adequate vitamin D from UV sun exposure, resulting in an overt deficiency.

Furthermore, their findings suggest that the high level of vitamin D deficiency seen in older adults may negatively influence their immune system’s ability to respond to infections and that quarantining inside creates an even greater risk of deficiency. This supports previous studies linking low vitamin D status to increased acute respiratory infection risk, with vitamin D supplementation helping with acute respiratory tract infections.

The study’s key investigator notes that although the specific role of Vitamin D in respiratory tract infections is unknown, there is clear evidence that supports vitamin D intake (from supplementation and/or sunlight exposure) is imperative in at-risk populations to support immune function.

An older study published in 2017 in the Journal of Parenteral and Enteral Nutrition may have also found a critical link between vitamin D deficiency and one’s ability to fight infections, which is a serious and timely matter.

Results from the study also showed that hepcidin concentrations were acutely reduced during the intervention. Hepcidin’s primary role is to regulate the entry of iron into circulation. In cases of inflammation, abnormally high levels of hepcidin cause serum iron levels to fall due to iron trapping, which generally leads to anemia, as there is an insufficient amount of iron in circulation for erythropoiesis.

Previous studies have shown that vitamin D may help reduce pro-inflammatory cytokines and hepcidin transcription and that hepcidin antimicrobial peptide (HAMP) genes contain a vitamin D response element that may support red blood synthesis and reduce the risk of anemia.

Anemia and vitamin D deficiency is associated with unfavourable patient outcomes in those who are critically ill. In light of the current pandemic, these reports indicate that vitamin D supplementation may be a wise choice for helping support the immune system’s ability to fight off infections and that a dose necessary to generate a clinically significant immune response considerably surpasses the current Recommended Dietary Allowances (RDA) for vitamin D.

Become a designer for health Practitioner