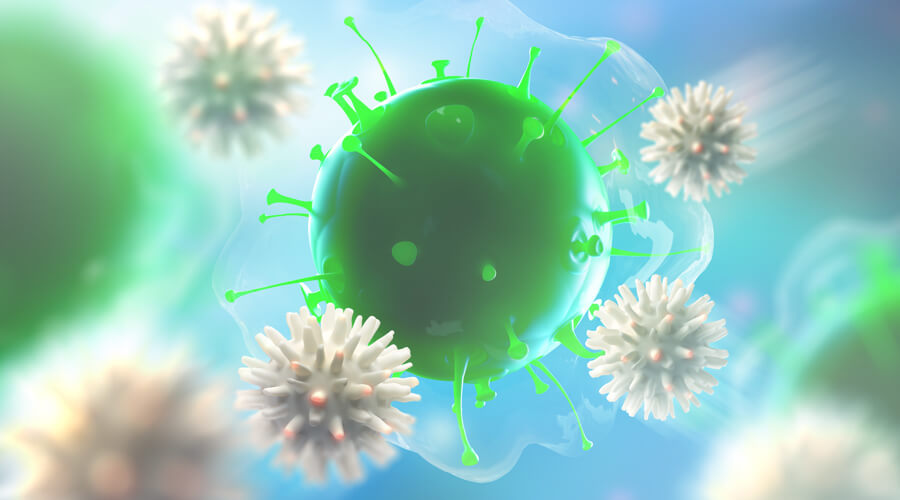 Dr Daniel Kalish uses a GI-MAP Test Report as part of teaching practitioners the philosophy and principles of Functional Medicine. The following case study highlights these principles and demonstrates the effective use of GI-MAP Test diagnostics.

“My mentors taught me that gut health determines immune strength nearly 30 years ago.”

It’s naturopathic medicine 101 that our gut immunity shapes our overall immune response. This patient, Rosie was a 39-year-old patient suffering from recurrent sinus and respiratory tract infections that required antibiotics several times a year and never really seemed to clear up. I explained to her that in functional medicine, we look at the mucosal tissues as a system and that if the system is weak in one area, the impact can be seen in other parts of the system.

I used a simple example to illustrate the interconnectivity of body systems to help her understand. I described an imaginary patient who presents to the doctor complaining of cold hands and feet. If the patient’s doctor were to refer that patient to a podiatrist and specialist, it wouldn’t make sense. Clearly, cold hands and cold feet are connected, and even though hands and feet aren’t exactly next to each other, we know the circulatory system connects them and that one should look at a problem with circulation to explain the different symptoms.

Similarly, mucosal lining tissues of the body are all connected. The GI tract, respiratory tract, sinus passages, and the urinary tract all are part of a “system” of mucosal tissues, regulated by Secretory IgA, which is the body’s first line of immune defence. Whether a patient is fighting off a parasite or yeast organism in the gut or a virus infecting airways, SIgA levels determine whether the invading organism gets into tissues to create a serious infection or whether the body’s immune defence can rally and fight it off.

I ran a GI-MAP Test Report for Rosie and found she had a high level of candida overgrowth and a nasty little parasite called Cryptosporidium. I assumed the Candida issue to be directly related to her frequent antibiotic use. We then determined that the Cryptosporidium infection was likely the result of a trip she had taken to Mexico many years ago. While on her trip, Rosie thought it was a good idea to drink tap water from a campground on the beach (not making this up). Talk about high-risk behaviours for getting a parasite!

Her GI-MAP Test Report showed low levels of SIgA, implying low mucosal immunity. Again, even if her low SIgA was initially related to a chronic, years old parasitic infection, it resulted in a weakening of her immune response in her upper respiratory tract. Again, this exemplifies the mucosal immune system weakening as a system. And even though the intestinal tract is a fair distance from the upper respiratory tract, both systems act in concert. When immunity is strong, we are infection resistant; when it is weak, we are infection susceptible.

I first treated Rosie’s parasite with a standard herbal anti-microbial program for 60 days and then followed that with an anti-yeast protocol. Within weeks of starting her program for GI health, her chronic sinus infections cleared up, and two years later, she remains free of the long-standing upper respiratory issues and has not required antibiotics again.

I’ve seen this exact treatment plan work multiple times with multiple Rosie’s over the years, and it’s not a mystery. This is just how the body works. The immune system can only respond to so much, and if chronic GI infections are percolating away year and year, then mucosal immunity throughout the body will suffer.